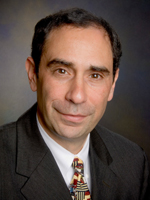 Allen Smith is president of the Brigham and Women’s Physicians Organization, a faculty practice plan for more than 1670 physicians. He has been in this position since 2007 and his chief responsibilities include leadership of overall BWPO strategy and core functions as well as oversight of BWHC network development.

In this role he has helped develop and foster strong network relationships with community hospitals and physicians and has served as a principal in establishing an integrated cancer center in Weymouth, MA. He is also involved in clinical strategic planning at BWHC and Partners HealthCare, physician leadership development, community health, contracting strategy, population health management and health care policy. He is also interim director of Primary Care. From 2004 to 2007, Allen was chief medical officer of the BWPO, in which he led contracting, pay for performance programs and was involved in network development and leadership development. He has also served as assistant vice president for Strategy and Business Planning at Tufts Health Plan from 2001 to 2004 and, from 1999 to 2001, he was medical director for Secure Horizons, Tufts Health Plan for Seniors, the largest Medicare Advantage program in New England.

Allen began his medical career as a primary care physician at North Shore Medical Center for nearly 10 years and was medical director of Lynnfield Medical Associates in Peabody, MA. He has a BA from Dartmouth College, an MD from University of Massachusetts Medical School, and a Masters in Science in Health Administration and Population Health from University of Wisconsin in Madison. He is an Instructor in Medicine at Harvard Medical School.