Find a Lung Center PhysicianRequest an AppointmentOr call: 1-844-294-5864
Back to Diseases and Conditions

The pectus, or chest wall, is made up of bone and muscle covered by skin. It protects vital organs such as the heart, lungs and great vessels from injury, as well as aids the breathing process. Malformations can occur in the ribs and sternum of the chest wall, in which the sternum is abnormally sunken (pectus excavatum) or abnormally prominent (pectus carinatum). Pectus excavatum tends to be an inherited condition affecting males. Pectus carinatum may occur as a singular abnormality or in association with other genetic syndromes. Pectus malformations can have significant medical and psychological impact.

What are the types of pectus malformation?

Pectus excavatum is a Latin term for “hollowed chest,” a malformation of the rib cage characterized by a sternum that caves in, causing a sunken appearance in the chest wall. Also known as “funnel chest” or “cobbler’s chest,” pectus excavatum is usually congenital and cases may range from mild to severe. It is not preventable, but has very high rates of successful treatment.

Pectus excavatum is often diagnosed and treated at birth or during childhood. Occasionally, it goes untreated and needs to be repaired during adulthood. If left untreated, severe cases of pectus excavatum can lead to compression of the heart and lungs.

Pectus carinatum, also called “pigeon chest,” is a rare congenital deformity of the chest wall characterized by the breastbone being pushed outward, giving a birdlike appearance. It is not considered life-threatening and often does not need treatment.

What are the causes of pectus malformation?

It is not known for certain what causes pectus excavatum. Some of the suspected causes or risks are:

Most cases of pectus excavatum are not linked to other conditions. However, some disorders may include a sunken chest wall, such as:

What are the symptoms of pectus malformation?

There are generally no symptoms of pectus excavatum beyond the outward appearance of the chest wall. However, a small percentage of patients may experience:

How is pectus malformation diagnosed?

In addition to a careful physical examination, your thoracic surgeon may perform the following procedures to confirm the diagnosis of pectus excavatum:

What are the treatment options for pectus malformation at Brigham and Women's Hospital?

For many patients with pectus excavatum, there are no symptoms other than the sunken appearance of the chest and no treatment is required other than regular checkups with your doctor. For some patients, especially those who are born with this condition, the symptoms slowly develop as they get older and do not cause any problems until adulthood. When the function of the heart or lungs is compromised, or the patient’s breathing or posture is affected, surgery is recommended.

Pectus carinatum often does not need treatment. When the condition is severe and causing medical issues or emotional distress, the following treatments are available:

Minimally invasive surgery may be performed to improve the appearance of the chest.

Techniques include ostomy, in which small bone cuts in the breastbone smooth out the contour and resolve rotation of the bone.

What can I expect for pectus malformation?

When you become a patient at The Lung Center, you will meet with many members of the team and you will receive a comprehensive evaluation and monitoring. Your medical team will recommend treatment tailored just for you.

Any surgery recommended will be performed by an experienced, board-certified thoracic surgeon. You will receive care from a team including nurses and physician assistants who will help you recover quickly.

How do I book an appointment or find directions?

What other resources can I find on pectus malformation?

Go to our online health library to learn more about thoracic diseases and tests.

Visit the Kessler Health Education Library in the Bretholtz Center for Patients and Families to access computers and knowledgeable staff.

Access a complete directory of patient and family services. 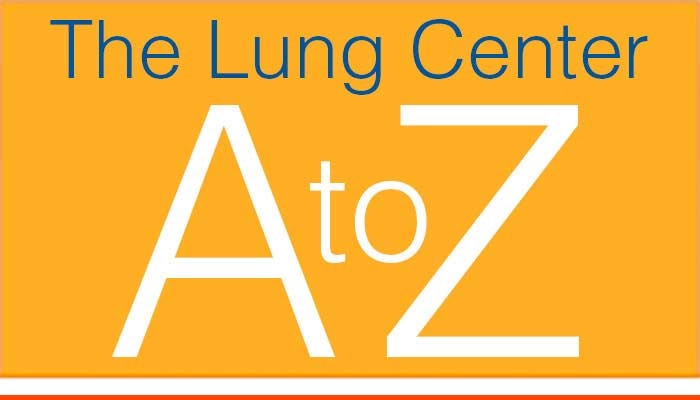 Search our A to Z guide to locate general information about lung diseases, conditions, treatments, and clinical programs at Brigham and Women's Hospital.