Patients/visitors: Please plan for extra travel time to the hospital due to ongoing road work on Francis Street. Also, to expedite entry, use our Prescreen app prior to arrival. 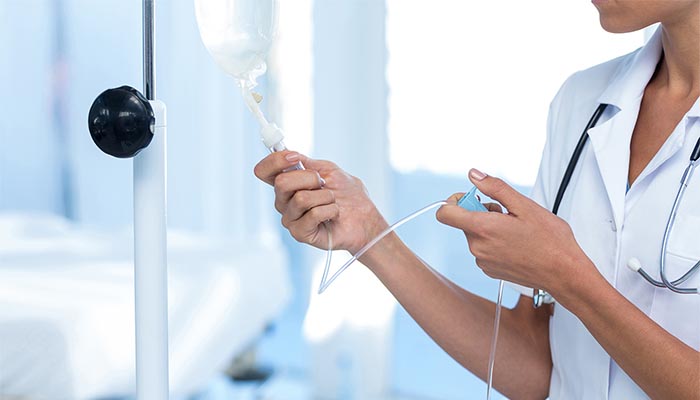 For patients with severe depression, sometimes traditional antidepressants are not enough. Through its Department of Psychiatry, Brigham and Women’s Faulkner Hospital has long offered electroconvulsive therapy (ECT) as another treatment option. And now, the hospital is offering intravenous ketamine infusions for those patients who have not been able to find an effective course of treatment for their depression.

The delivery of ECT is a collaborative process that involves psychiatry, anesthesia and nursing. For patients undergoing ECT, an anesthesiologist administers the medications and secures their airway. Their nurse serves as their advocate and provides care prior to, during and after the procedure. The nurse also decides when the patient is ready to be discharged back to the hospital’s inpatient psychiatric unit or to their home. Interventional Psychiatry Champion Jill Benoit, BSN, RN, says it’s a safe and effective treatment option.

Benoit also says she is excited see intravenous ketamine infusion therapy implemented at Brigham and Women’s Faulkner Hospital. “We’re definitely in the beginning stages of doing something exciting,” she says.

Intravenous ketamine infusion therapy has been shown through research to be an effective and safe treatment option for depression, although it is not an FDA-approved use of the drug. Esketamine nasal spray has very recently been FDA-approved, though it is not yet widely available. “Patient safety is our highest priority, and we monitor patients one-on-one as they receive ketamine,” says Benoit.