Back to Center for Brain Circuit Therapeutics

News from The Center For Brain Circuit Therapeutics

Andreas Horn, MD, PhD has been awarded the prestigious Heinz Maier-Leibnitz-Prize issued by the German Research Foundation and German Ministry of Education and Research.

Dr. Horn joined the Center for Brain Circuit Therapeutics in the Department of Neurology at BWH in October 2021. He also has an appointment at MGH and the focus of his laboratory is on developing methods for neuromodulation based on the human connectome – a wiring diagram of the human brain. He is a pioneer and leader in the field of deep brain stimulation (DBS) research.

He is perhaps best known as the developer of the powerful Lead-DBS software toolbox. The toolbox was published as open source in 2014 and has become the main go-to tool to localize DBS electrodes for laboratories worldwide. Building upon the general capability of Lead-DBS to precisely localize DBS electrodes, Dr. Horn has further developed methods to investigate brain connectivity with DBS stimulation sites, showing that these connections are important for understanding DBS effects.

Together with Michael Fox, MD, PhD, who leads the Center for Brain Circuit Therapeutics, he has developed methodologies to determine which connections with the DBS site were most important for inducing a good clinical outcome.

Emily A. Ferenczi, BM BCh, PhD, a member of our movement disorders division, and a post-doctoral research fellow in the Department of Neurobiology at Harvard Medical School in Bernardo Sabatini's Laboratory, has been awarded a 2022 Emerging-Generation Award. This award recognizes excellence in post-MD, pre-faculty appointment physician-scientists who are meaningfully engaged in immersive research.

Emily's research investigates how basal ganglia circuits communicate with distant brain regions such as the cortex and brainstem. She uses viral neural tracing methods, molecular techniques, optogenetics, electrophysiology and behavioral assays to probe the properties and function of long-range basal ganglia circuits. The goal of this work is to understand how these circuits contribute to the pathophysiology and complex phenotype of neuropsychiatric disorders, such as Parkinson’s disease, Tourette’s syndrome and depression, and how these circuits might be specifically targeted for therapeutic intervention. Dr. John Rolston is a neurosurgeon and neuroscientist, recognized internationally for his contributions to epilepsy surgery, movement disorder surgery, and the treatment of trigeminal neuralgia. He will be joining BWH this summer, after serving as the Director of Epilepsy Surgery and the Director of Stereotactic and Functional Neurosurgery at the University of Utah since 2017.

Dr. Rolston received his Bachelor's degree from Columbia University, where he won the Russell Mills Award for Excellence in Computer Science. For his PhD, he developed brain-computer interfaces for epilepsy at the Georgia Institute of Technology and Emory University. He received an MD from Emory University before completing his residency training and post-doctoral fellowship at the University of California, San Francisco.

Dr. Rolston's NIH-funded laboratory investigates how neural engineering can be used to map and ultimately rewire the diseased brain. The same tools can be used to better understand neural information processing and how it is disordered in illnesses like epilepsy, Parkinson's, and psychiatric disease. Dr. Rolston ardently promotes patient safety in neurosurgery and has led several studies examining the frequency and causes of neurosurgical errors and complications. He has over 100 publications and has received numerous awards, such as the University of California's Harold Rosegay Award for teaching and the Congress of Neurological Surgeons’ Basic Science Award for Stereotactic and Functional Neurosurgery. 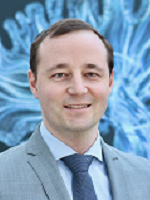 Dr. Andreas Horn, a world authority in using brain circuit imaging to understand and improve deep brain stimulation therapy for patients with neurological diseases will join the Department of Neurology faculty. Dr. Horn received an MD from Albert-Ludwigs University in Freiburg, Germany, and a PhD in medical neurosciences from Charité in Berlin. He completed post-doctoral fellowships in medical neuroimaging at the Bernstein Center for Computational Neuroscience in Berlin, Germany, and at the Laboratory for Brain Network Imaging and Modulation at Harvard Medical School.

He founded the Network Stimulation Laboratory at Charité – University Medicine Berlin in 2017 where he led a productive research group prior to joining BWH. He is an expert in structural imaging (MRI/CT) and noninvasive connectivity measures derived from functional and diffusion weighted MRI. He developed methods to identify the structural and functional brain networks that mediate brain stimulation effects. He has received multiple awards including the Robert Koch Prize, the Max Ruber Prize for Innovation, and an Academic Ventures Grant from the Harvard Radcliffe Institute for Advanced Studies.

Dr. Horn's expertise complements a growing group of faculty at the Center for Brain Circuit Therapeutics at BWH. The Center was founded in 2020 to improve treatment for patients with brain disorders by directly targeting the brain circuits responsible for neurological and psychiatric symptoms. Dr. Horn will hold appointments in the Department of Neurology and Psychiatry at BWH, and in the Departments of Neurology and Neurosurgery at MGH and will play a pivotal role in fostering collaborations in brain circuit therapeutics across the Mass General Brigham system. 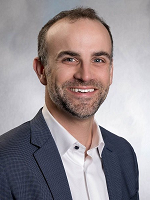 He is founding Medical Director of the Interventional Pain Psychiatry Program at Brigham and Women's Hospital, where he will research and treat a wide range of chronic pain conditions. In particular, he hopes to quantitatively define pain and psychiatric conditions. So defined, he will identify and target the neural circuits underlying those conditions with therapeutic interventions. He is a regular contributor to Scientific American, hosts Yale School of Medicine's “Science et. al.” podcast, and recently authored “Reading Our Minds: The Rise of Big Data Psychiatry. To read more about Dr. Barron, click here.

Articles And Press About The Center

News regarding our work in Neurospirituality