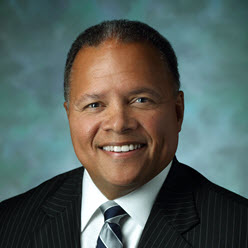 “Dr. Higgins is a proven innovator with the ability to manage complex multidisciplinary services at world class organizations, and a passionate advocate for research with a life-long commitment to training the next generation of exceptional people in healthcare,” said Klibanski. “He is the ideal choice at this critical moment in our history to lead Brigham and Women’s Hospital, understanding the world ahead of us and the role each of us plays across Mass General Brigham in putting patients at the center of everything we do – transforming care and making care more affordable, improving outcomes, advancing research and innovation, and expanding our impact regionally, nationally and globally.”

A highly regarded and accomplished leader, Higgins is a leading authority in heart and lung transplantation, minimally invasive cardiac surgery and mechanical circulatory support. He is renowned as a world class researcher and is recognized nationally and internationally for his research in the areas of heart and lung transplantation and disparities in outcomes in cardiac surgery.

Prior to joining Hopkins, Higgins served as Department of Surgery Chair and Director of the Comprehensive Transplant Center at The Ohio State University Medical Center and served as a senior registrar in transplantation at the renowned Papworth Hospital, the United Kingdom’s largest cardiothoracic surgical program and main heart-lung transplant center. He also served as a Major in the United States Army Reserve Medical Corps for 13 years and while doing so supported the Richmond Veterans Administration transplantation program.

Higgins earned his bachelor’s degree from Dartmouth College and medical degree from Yale School of Medicine. He completed a residency in general surgery and served as Chief Resident at the University Hospitals of Pittsburgh. He was a Winchester Scholar and fellow in cardiothoracic surgery at the Yale School of Medicine and earned a master’s degree in health services administration at Virginia Commonwealth University.

Higgins succeeds Sunil Eappen, MD, who has been serving as Interim President since early March when Betsy Nabel, MD stepped down.