Back to Clinical & Research Advancements

How Bioengineers are Driving Medical Innovation 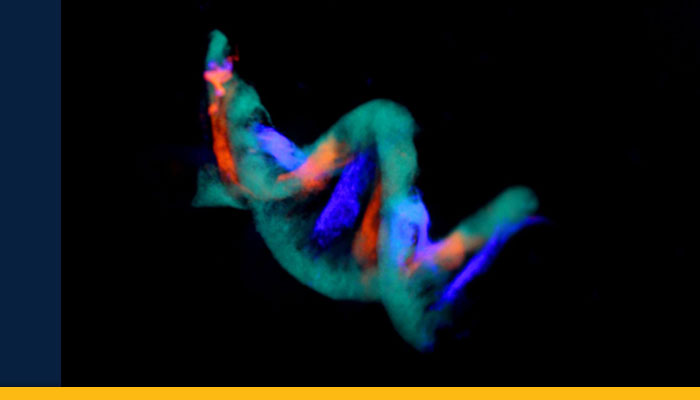 Solving medical problems is extremely challenging. By bringing experts from multiple disciplines together to work at the interface of those disciplines, bioengineers of Division of Engineering in Medicine at Brigham and Women’s Hospital are introducing creative new ways to address medical problems.

WHAT IF we had a drug that could restore hearing? Once you lose a hair cell—a cell responsible for hearing—it never grows back, and the stem cells that give rise to new hair cells remain dormant throughout our lives. But what if we could bring these dormant cells “back to life”?

“To examine this question, we needed to better understand tissue regeneration, so we looked at the most active area of regeneration in the human body: the lining of the digestive tract, where cells regenerate more frequently than any other place,” says Jeff Karp, PhD, a bioengineer and professor in the Division of Engineering in Medicine.

To determine what encourages these cells to regenerate with such high frequency, Dr. Karp examined dozens of molecular signaling pathways in the intestinal lining. In collaboration with MIT’s Robert Langer, ScD, and Xiaolei Yin, PhD, Dr. Karp discovered two key pathways that, when activated, trigger stem cells in the intestinal tract to replicate and remain as stem cells. The research team developed two drugs that activated these same pathways, causing the cells to proliferate.

Intestinal stem cells have similar properties to the progenitor cells in the inner ear that give rise to hair cells. “When we subjected progenitor cells in the inner ear to our small molecule drugs, these once dormant cells came back to life,” says Dr. Karp who cofounded Frequency Therapeutics to advance these drugs to clinical trials. The company just completed enrolling patients in a Phase I/II trial for hearing restoration.

The Karp lab’s study of slugs and snails inspired a biodegradable adhesive that can be used as glue to seal leaks in a human heart. In 2017, Gecko Biomedical’s sealant product received European approval as a medical device for vascular reconstruction.

The research on hair cell regeneration is advancing and may one day yield a therapy to restore hearing in humans. Dr. Karp adds that dormant progenitor cells exist in the eyes, brain, liver, muscles, and cartilage, so there are potentially many more applications for these small molecules beyond hearing loss. “This is just the beginning,” he says.

A Wearable Chip for the Early Detection of Heart Disease

WHAT IF instead of an annual checkup with your doctor, your health was continuously tracked with a wearable smart device? What if diagnosis, even treatment, happened through a chip in your body that transmitted data to your watch or phone? By monitoring levels of certain molecules, or “biomarkers,” in real time, the chip could instantly sense a shift toward disease, alert your doctor, and release medicine, if necessary.

“This vision represents a shift from occasional health monitoring to the continuous. noninvasive monitoring of healthy individuals and, in some cases, prevention of some diseases,” says Natalie Artzi, PhD, of the Engineering Division.

In 2018, Brigham’s Cardiovascular Division announced that it would support Dr. Artzi’s vision through its One Brave Idea initiative. Dr. Artzi and her lab are currently designing a microchip that can be embedded under the skin to track biomarkers that can signal the development of cardiovascular disease in its early stages.

The chip could be programmed to track multiple biomarkers, including small molecules, proteins, nucleotides, and cells. Dr. Artzi hopes this technology could eventually be used to forecast which populations are susceptible to particular diseases.

“If sufficiently sensitive and accurate, the information captured by our chip could be combined with other available information, including the heart’s rhythm, glucose levels, exercise routine, blood pressure, and sleep patterns. Such a holistic health view of one’s health would better inform the management and prevention of disease,” says Dr. Artzi.

WHAT IF drug candidates were screened using three-dimensional structures that looked and acted the same as human organs and tissues? If early drugs were tested on artificial organs—structurally and functionally similar to their human counterparts—the accuracy and effectiveness of testing drugs would be greatly improved.

“We can now use 3D bioprinting to create almost any living tissue structure. These 3D models look and function almost exactly like the human structures they represent. We have biofabricated artificial blood vessels, liver tissues, heart tissues, even human cancers,” says Yu Shrike Zhang, PhD, an associate bioengineer and assistant professor in the Division of Engineering.

Unlike a conventional printer that deposits colored ink onto paper, the nozzle of a 3D bioprinter uses bio-ink, a mixture of cells (e.g., heart cells) and hydrogel, a gelatin-like biomaterial that nourishes the cells. This bio-ink is injected, or “printed,” onto a 3D scaffold in the shape of a human tissue or organ.

The technology behind 3D bioprinting to create human tissues is known as organs-on-chips. These tiny devices mimic the physiology of human organs. “Organs-on-chips could be used to better predict the effects of drugs on the body, and further in the future, to do personalized screenings for drug responses,” says Dr. Zhang.

The Zhang lab helped engineer an organs-on-chips system that models the human liver and heart. Such models could drastically reduce the time and money to bring a new drug to patients, which now takes an average of ten years and a billion dollars per drug.

Dr. Zhang recently used 3D bioprinting to build artificial tubular structures that can mimic blood vessels. Since many disorders damage tubular tissues in the body, these complex structures may offer a platform for drug screening and replacements for damaged tissues.

In addition to using 3D bioprinted tissue models for drug screening, the Zhang lab is aiming to build fully functioning organs, which could help relieve the shortage of organs needed by hundreds of thousands of people waiting for transplants.