Dr. Connor is an Assistant Professor in the Department of Anesthesiology at Brigham and Women’s Hospital, and a Research Associate Professor in Physiology & Biophysics at Boston University. His current research studies the action of volatile anesthetic gases on the behavior of neural circuits within C. elegans, imaged in real time and in vivo using calcium-sensitive fluorescent microscopy. The goal is to elucidate basic mechanisms of consciousness, and to understand how volatile anesthetics are able to induce unconsciousness safely.

Volatile anesthetics produce all stages of general anesthesia including unconsciousness, amnesia, analgesia and muscle relaxation. Various theories have been developed to explain the effects induced by volatile anesthetics. To date, research has proceeded along essentially two tracks: the gross measurement of neuronal activity in entire regions of the brain using fMRI and EEG (which are fundamentally limited by resolution), or molecular analysis looking for specific receptors of volatile anesthetics (which has largely foundered). These lines of analyses have largely ground to a halt in recent years without providing any satisfactory answer as to how the clinical state of general anesthesia is produced. This lack of knowledge is not without consequence: permanent and damaging post-operative effects are observed in both the young and very old.

Fortunately, using novel fluorescent microscopy, we are now able to image neuronal activity in real-time, in vivo, and at resolutions capable of simultaneously capturing the activity of individual neurons and entire populations of complex neuronal networks. In our research, we apply this technique primarily to C. elegans, in which we are able to capture the activity of the entire nervous system with single neuron resolution. In addition, we perform analogous experiments in mice, imaging a subsection of the somatosensory cortex. With these model systems, we are testing the following hypothesis: that the effect of volatile anesthetics cannot be understood simply by its primary action on the individual neuron, but rather through the disruption of the coordinated activity within neuronal networks to produce the clinical state of anesthesia.

Most recent presentations of this particular work:

“See the Effect of Volatile Anesthetics on Communication Within the Nervous System: In vivo Multineuronal Fluorescent Imaging of the Anesthetized C. elegans” 2017 Annual Meeting of the American Society of Anesthesiologists, October 21st 2017, Boston, MA. 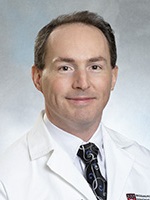 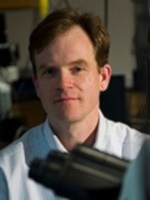 Dr. Gabel is an Associate Professor in the Department of Physiology and Biophysics at Boston University. His research focuses on the use of C. elegans as a simple yet powerful model system  to understand how neuronal activity and cellular calcium signaling modulates neuronal response and regeneration following cellular damage. 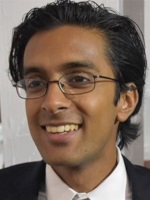 Mehraj is a current PhD student in the department of Physiology and Biophysics. He received his BS in Biochemistry and Biology from Brandeis University and is interested in understanding the alterations in neurocircuitry caused by the application of anesthetics. 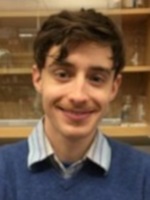 Dan is a current PhD student in Biophysics. He received his BA from Hampshire College in Neuroscience and Endocrinology. He’s interested in how to enable a pro-regenerative response after injury in the nervous system through calcium and metabolic signaling pathways. 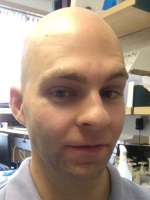 Gregory Wirak received his BS in Physiology & Neurobiology and Molecular & Cellular Biology from the UConn. His current research focuses on calcium imaging, optogenetics, and femtosecond laser microsurgery in the C. elegans nervous system.